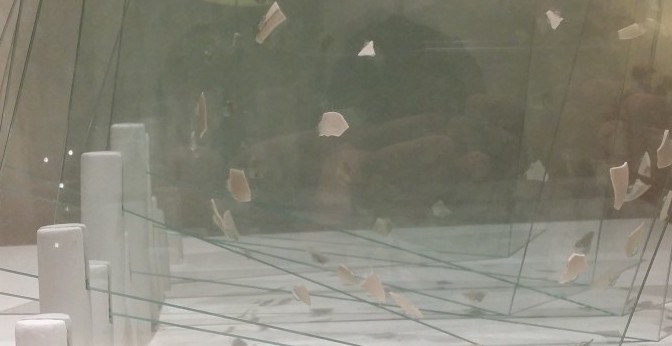 What You See Is Not What You Get (WYSINWYG)! 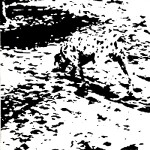 As a student studying Ceramics At RMIT University in the 1990’s there was a strong emphasis on the Studio tradition arising from the practice of English potters Bernard Leech, Shoji Hamada and Lucie Rie. Significantly linked to the Japanese Studio Pottery tradition.

I was strongly attracted to working with the clay itself particularly the dry and for me compellingly tactile characteristics of what we call Bisque Ware – low fired clay (1000 oC), not yet glazed. I felt that there was a significant emphasis in my training to make work that was glazed (essentially having a thin layer of glass on the surface) and that said work was not considered to be finished until it was glazed. Not being particularly in agreement with this position I set about engaging in a dialogue about the inherent alienation of the maker in having to cover the clay with glass.

I set about finding ways to “float ceramic pieces in glass boxes”.

I used what I knew of the study of Perception and Visual Psychophysics, from a Science degree (Psychology and Cell Biology) at Monash University.

I have produced work that in addition describing the alienation of the maker activates the viewer in ways that encourage the brain to complete objects that are not actually there.

Psychology and the study of Perception